skip to main | skip to sidebar

On December 9 the Zoning Commission announced its vote to extend the deadline to March 3 2014 to hear testimony from affected residents and community groups regarding the Zoning Re-Write.  It was a response to criticisms from the community that there had not been enough vetting of the new document by ANCs and civic associations.  So the ZC will hold hearings in January and February to reach out to the community at-large.  ANCs will be able to testify on January 30, 2014.  For us in the 14th and U neighborhood, a hearing will be scheduled in early February.
Posted by Ramon Estrada 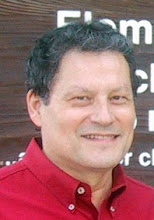